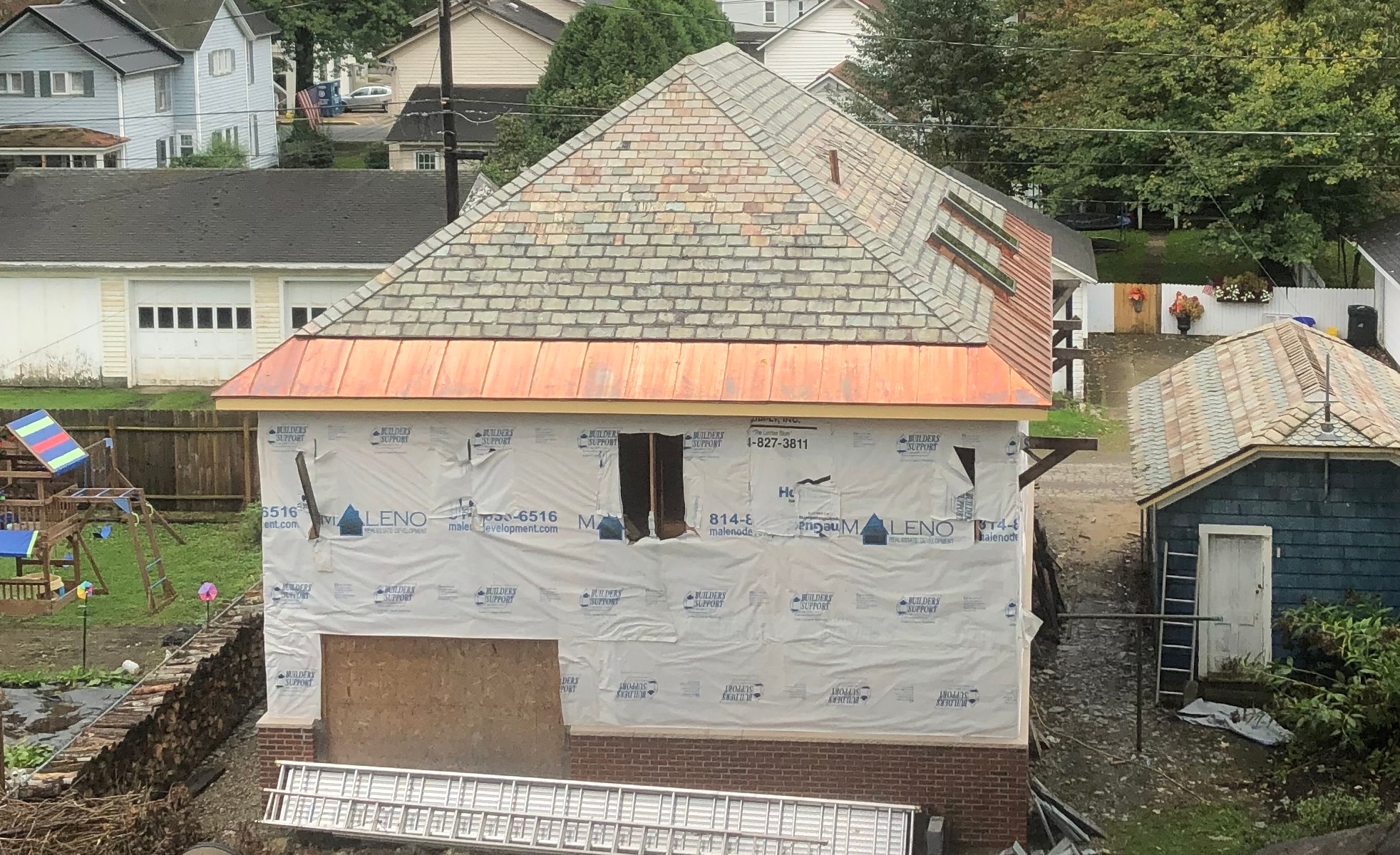 Self-builds are the best way to a traditional building. This client in Titusville, PA had the building framed by an amish crew using an archaic method: ballon framing. This means the “shell” or outer walls run from the foundation all the way to the roof plate, and the platforms are “notched” into the walls rather than the modern “platform framing” method where they sit one box on top of the next to create multiple floors. The traditional baloon frame method allows the wall to breathe since each floor does not interupt the cavity. It also isolates the interior platforms from the load bearing elements of the structure, rather than sandwiching them in between platforms.

You would have a hard time convicing most “spec” builders to create something this unorthodox without exhorbinent expense, even though it’s a very traditional folk pattern. Many of the woodframe buildings in this region we built just this way, and are still providing return on that initial investment 100 years later.

I was called to design and install the roof, and snow aprons. The client had been stockpiling salvaged slate for many years. The first task was to modify the framing to accept 4 skylights that were not framed in when the building was sheeted.